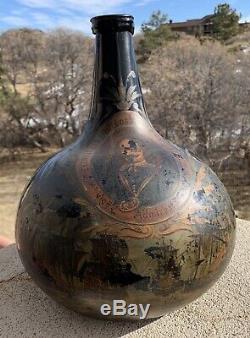 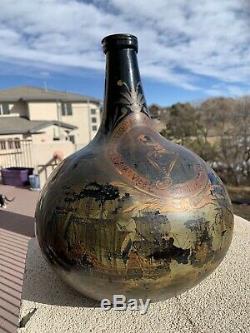 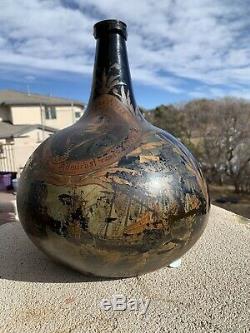 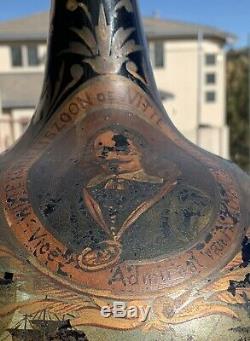 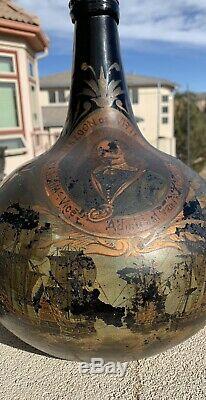 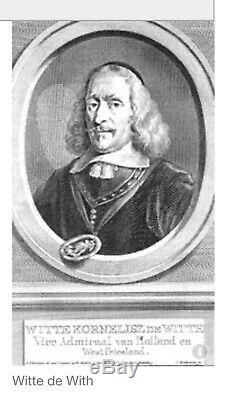 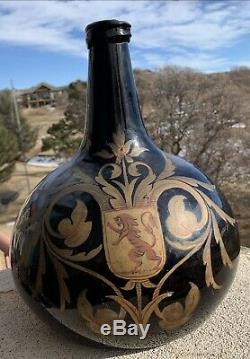 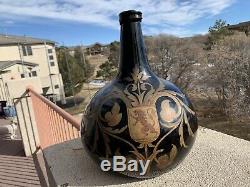 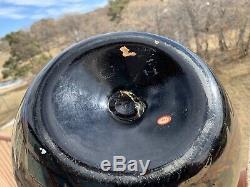 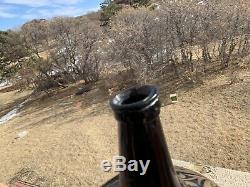 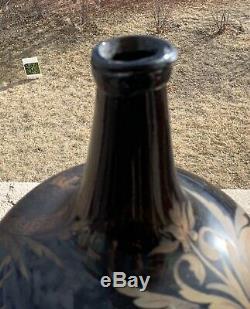 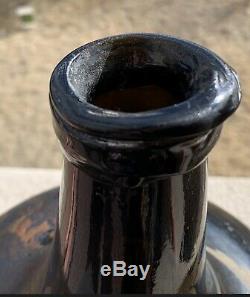 1760 - Black Onion Glass Demijohn Pirate Bottle Painted on front side commentating a Sea Battle likely the 1628 battle between the Dutch and Spains treasure fleet. Also on the front is a portrait of Vice Admiraal Witte Korneliszoon de Wite - aka With Corneliszoon de With. Who was a famous Dutch naval officer of the 17th Century. Bottle is much later than the battle so a commutative piece circa 1760. On the back is a painted crest - with a lion and shield with decorative scrolls and plant leafs painted in gold. Bottle has a string lip, open pontil and stands 12 5/8 tall and at the widest point it is approximately 10 1/2 diameter and at the base 7 in diameter. The paint on the front is worn in areas across the portrait and battle across the front approximately 70% of the paint is in tact. The paint on the back is fully in tact but does show some ware. The bottle itself is in excellent condition shows normal ware on the bottom that is consistent with its age.

This is an amazing piece. I have included in the photos a screen shot of the Admiral from Wikipedia. The item "Painted Black Glass Onion Demijohn Pirate Bottle 1628 Sea Battle Dutch-Spain" is in sale since Saturday, February 8, 2020.